As you prepare to put your prized vehicle up for auction, it’s critical to provide potential buyers with a narrative that tells the story of the vehicle and makes them fall in love with it. A simple technical description simply isn’t going to be sufficient here. As much as you have enjoyed the vehicle, you may find it challenging to write this narrative yourself. daN’s writers specialize in writing these kinds of unique sales narratives that bring together the rich history of the vehicle, the technical details, and the unique experience of getting behind the wheel of it and culminate in a strong call to action. Take, for example, this custom vehicle description for a 1924 Hispano-Suiza H6C Roadster that was listed for auction at one of the prestigious auction houses recently.

Ah, the roaring twenties; a time of new technologies, jazz, and swinging good times! Along with the first round-the-world-flight, and George Gershwin’s Rhapsody in Blue, our 1924 Hispano-Suiza H6C Roadster was a masterpiece crafted in this time of opportunities and legends.

This classically elegant and exceptional machine was one of the early H6C known as the Type Sports 110X140 with the 8 Liter, and it boasts a rich history that is intriguing. Our Hispano-Suiza H6C was invoiced to the London agents on January 16, 1925, establishing it as a short chassis sports car according to the invoice listings. On January 18, the car was sold to R.B. Howey, who owned property in Australia including Howey Court in the heart of Melbourne CBD. He fitted this machine with a close coupled four-seater boat tailed body. It was then delivered to Howey’s brother, Captain John F.P Howey in Scotland. Captain Howey was a well-known amateur race car driver and drove the H6C in a West Kent, MC meeting at Brooklands on July 11, 1925, winning the event in which it was entered!

The beginning of the company “Fabrica La Hispano-Suiza de Automovils” began in 1904, and Marc Birkigt, a French engineer, joined the Barcelona, Spain-based company shortly after its inception. When Hispano-Suiza was formed, they first found success producing trucks to fulfill the utilitarian needs in the rough terrain of Spain. The company also built cars that soon gained a reputation for reliability and performance and were subsequently sold to European heads of state who desired only the best of the best. In 1911, a factory in Paris was opened to satisfy the demands of their French clientele. A larger plant was built three years later in Bois-Colombes. The production of these facilities focused primarily on the H6, a desirable automobile that was revolutionary; offering speed, luxury, quality, and an unequaled level of craftsmanship. These legendary cars were winners in races and seen in social circles of the most elite clientele of the day. In 1919, an H6 powered by a 6.6-liter overhead cam aluminum six-cylinder engine offering 135 horsepower and a top speed of 85 mph was also introduced. One of the more advanced features found on the H6 was the power-assisted brakes, the first in the industry, driven by a special shaft from the transmission. Upon deceleration, the car’s momentum pushed the brake servo to provide additional power.

There were around 2,350 examples of the H6 produced through 1933. As was customary at the time, Hispano-Suiza delivered the rolling chassis H6 to custom coach builder for assembly. This resulted in unique and custom bodies that complimented the power, ingenuity, and performance of the components of the chassis. Only the finest coach builders were commissioned to build the bodies, as is illustrated with our extraordinary 1924 H6C.

The automobiles produced by Hispano-Suiza were truly unrivaled, as no expenses were spared on their masterful and meticulous creation. Befitting its prestigious and esteemed status, this beautiful machine has taken its place among the world’s elite in the Pebble Beach Concourse Standard and has been applauded for its authenticity, function, history, and style. Our Hispano-Suiza represents an opportunity for you to feel the essence of a time gone by that was rich in decadence and pleasure, as is chronicled by the impeccable engineering you will be witness to the moment you lay your eyes on this marvel. Reward yourself and take a moment to inquire to review and inspect a large photo file and other historical data.

If you would like to discuss how we can help you create a narrative for your vehicle like this one, please give Aaron Johnson, daN Founder, a call personally at 402-679-7223 to discuss your needs. We can craft these descriptions for you within our usual 24 hour turnaround time.

Get 50 Free Handwritten Comments for Your SystemProfessionally, Handwritten Vehicle Descriptions for Automotive Dealers

Enhances Search on AutoTrader, Cars.com, CarGurus, and on your website for text or voice search.

What’s included in the free trial? 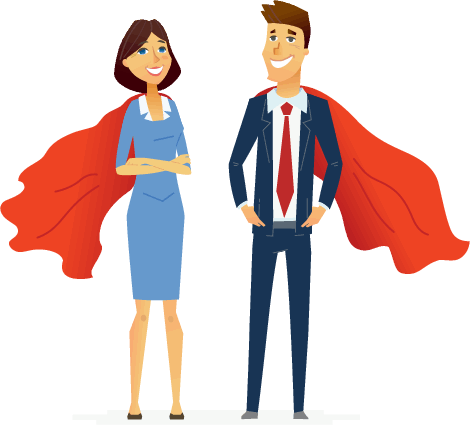